It’s been some time since I last uploaded a blog entry onto here, so it’s time to remedy that! I’ll be writing a few times over the next few weeks with various updates, but to begin with… What happened in Greenland?

Well, in a nutshell, we had the adventure of a lifetime. Having picked out the perfect base using satellite imagery, Niall and I flew out to Kulusuk on the East coast of Greenland with the task of finding our way out to our intended camp.  We finally made it by means of snowmobile, boat, and a long ski down a frozen fjord. Our base camp was perched on a steep sided moraine in the middle of a gargantuan valley, the scale of which we never quite got our heads around, with monstrous peaks rising thousands of feet out of the sweeping white and blue glaciers. Totally surreal, and we had the place to ourselves. 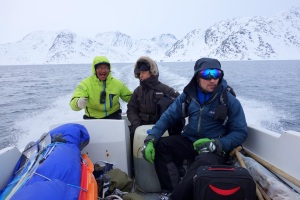 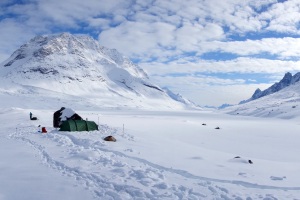 Over the next ten days Niall and I basically just ran around having as much fun as we could. We summited two beautiful, unnamed peaks and flew off the very tops of each with our speedwings. We had three more flights from high mountain slopes, which proved to be rather more dramatic than we had planned. We made the first ascent of a 100m ice cascade which we named ‘The Ephemeral Avalanche’ and went at around Scottish V/VI. And we spent the rest of our time downhill skiing, kite-skiing, eating Haribo, and exploring the local ice caves! 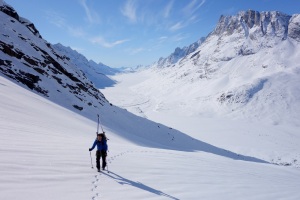 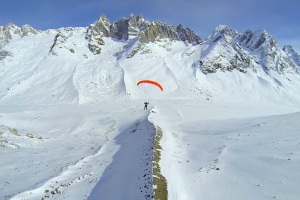 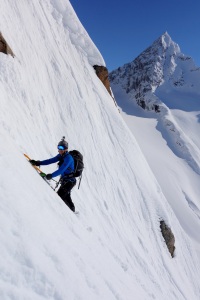 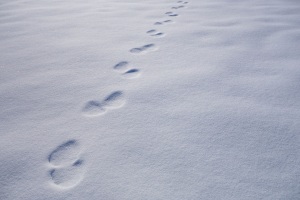 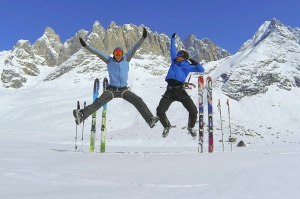 Below is the trailer for ‘Arctic AIR’ which will be released in the next few months. Huge thanks to WillCopestakeMedia who produced the film and to Tom Adams for providing the most beautiful soundtrack. Whack the volume up and enjoy it in full HD.