I’ve just re-read the last line from my last post, which I wrote around a year and a half ago.

“Looking forward to more flights over the coming months!”

It feels peculiar reading those words now. They are the words of someone who was hugely motivated by speedflying. Someone who was excited about progressing onto faster more agile wings and performing more and more technical maneuvers. I was dreaming up future trips with my brother and friends who also speedfly. As far as I was concerned speedflying was going to be a very significant part of my future.

Skip ahead to the present. I’ve sold both my wings and my brother has one less vertebra and a whole lot of metal holding him together. This isn’t what I’d pictured!

I could write a VERY long blog post on how we got to this point but I’m going to try and keep this brief. My brother Niall crashed whilst flying with me in the Brecon Beacons. Actually, to be more accurate I hadn’t yet launched when it happened. Niall was pulling big turns on his descent down the steep mountain face when something went wrong. We still don’t know how it happened, but he impacted at 40-50mph instantly bursting his L1 vertebra. He then tumbled off a cliff and broke a further four vertebrae as he somersaulted down a boulder field. I reached him less than ten minutes later to find him trying to stand and insisting that there was no need to call the emergency services. I already had of course.

Over the next hour or so, as the adrenaline wore off, it became apparent that Niall was seriously damaged. I can’t even begin to describe how upsetting it is to see someone you love so broken and in so much pain. He asked repeatedly for me to remove the rock that was digging into his back but I couldn’t find any rocks. We found out later that he’d snapped off a piece of his scapula giving him the sensation of having something sharp sticking into his upper back.

With Niall resting his head on my lap we chatted whilst waiting for help to arrive. We were both in agreement that this had to be the end of our flirtation with speedflying. Over the years I’ve become more and more aware of how much stress I put my family through by pursuing dangerous, adrenaline based activities. As much as these activities have enhanced my life, they’ve had the exact opposite effect on my family, and there comes a point where it’s just selfish to keep on pursuing such goals. I have no doubt that had we both continued to speedfly there would have been more accidents at best, and at worst one of us would have died. It’s a shame that it took such a serious accident for us to come to this realisation, but better late than never.

Niall was winched into the AW139 SAR Helicopter in a combined effort from the Brecon Mountain Rescue Team and the St Athan HM Coast Guard team. Despite the circumstances it was fascinating to witness the whole process. At this stage I was studying full time to become a helicopter pilot and it was a real inspiration to see everyone in action.

Forty days later Niall left hospital for the first time since his accident. It hadn’t been a pleasant experience for him. He’d undergone two major operations which not only involved re-building his shattered spine but also cutting out a large amount of his lower back muscle which had become necrotic in the immediate aftermath of his crash. The surgery combined with the cocktail of drugs he was being fed resulted in his gut shutting down and constipation setting in. This undeniably led to the second crux of the ordeal where – after nearly twenty days without going to the loo – the immense pressure in Niall’s gut was torture for him. As with all epic battles this one ended with a spectacular crescendo after which Niall was left lying in twenty days worth of liquified hospital food with a Cheshire Cat grin on his face and a dismayed nurse at his side! 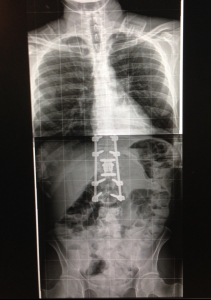 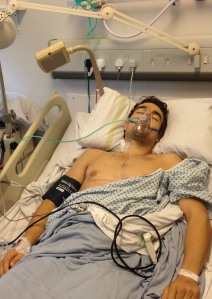 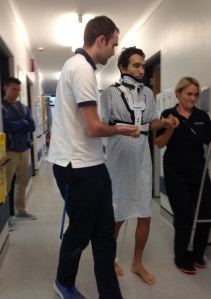 So, lets come back to the present. Niall has come on leaps and bounds, quite literally. He lives with partial paralysis down the backs of his legs meaning that he walks with a very different gate from the Niall of old, but despite this he is phenomenally mobile. Testament to this is the fact that he is now a fully-fledged member of the Brecon Mountain Rescue Team, which is no mean feat. His injuries have left him unable to control the muscles associated with his bladder and bowels, a fact that would most likely be the source of significant embarrassment for most people but is the source of great amusement for Niall. He copes with these new challenges stoically and with an impressive air of cheerfulness.

As for me, I’ve now been living in Canada for over a year with Lucy. We started off in Calgary where I completed the Commercial Helicopter Pilot Course and Lucy worked her socks off as a nanny for two wonderful families. We were very much living pay cheque to pay cheque but were happy nevertheless! In March I started working as a pilot for Global News in Calgary and shortly after transferred over to Vancouver which is where we are now. Life in Vancouver is wonderful. We have the Pacific Ocean and the Coastal Mountain Range right on our doorstep, plus of course Vancouver Island is just a short and very convenient ferry journey away. Lucy is still working like a Trojan whilst also studying full-time to become a Certified Nutritionist. I couldn’t have done any of this without her by my side.

We’ve enjoyed having our family come to visit in regular little installments every few months, each time giving us an excuse to go off on a little adventure!

Life is full of twists and turns and sometimes it takes a wrong turn to get you to the right place. Most importantly, we’re all still here and we’re all still living life to the full! The direction may have changed but the pedal is still firmly pressed to the floor. 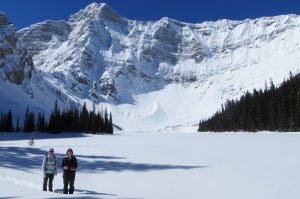 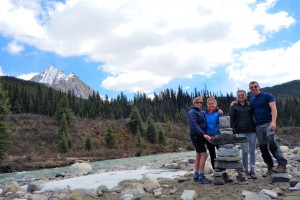 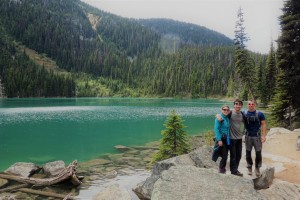 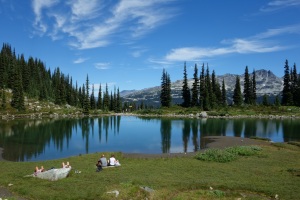 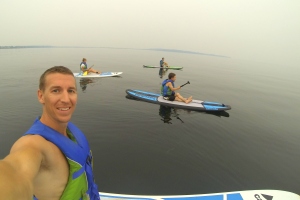 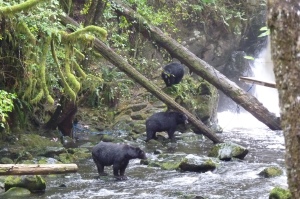 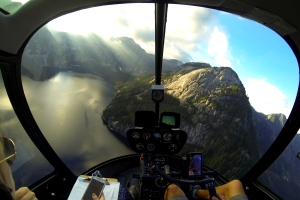 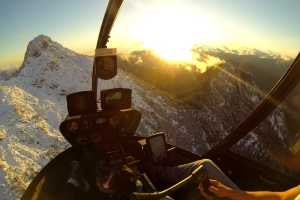